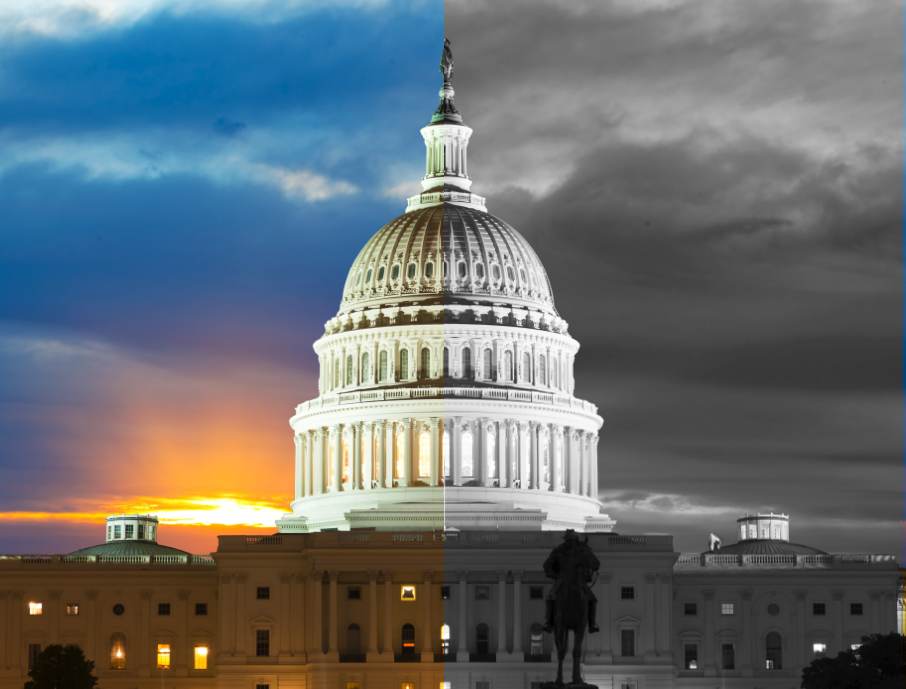 The latest version of the Biden Build Back Better agenda, released last week by the House Ways and Means committee (see our estimates of the budgetary, economic, and distributional impacts), is dense, with too many provisions to flesh out completely. Here’s a rundown of the good, the bad, and the ugly of it.

Most provisions in the Ways and Means package would raise the cost of capital, thus reducing both the incentive to invest and long-term productivity growth. Two provisions, however, would improve the tax treatment of investment, albeit temporarily.

The first is the delay of the requirement to amortize research and development (R&D) expenses. Historically, firms have been able to deduct the cost of R&D the year it is incurred. However, the Tax Cuts and Jobs Act (TCJA) of 2017 included a requirement that R&D expenses be amortized over five years after 2021. With the impact of inflation and the time value of money, companies would not be able to deduct the full real value of their R&D investments. This would create a disincentive for investment in R&D, which would in the long run reduce productivity growth and living standards as companies would put less money towards innovation-driving activity.

The Ways and Means plan would postpone the amortization requirement for four years, until 2026. A temporary delay is not the ideal policy, which would be to make R&D expenses fully and immediately deductible on a permanent basis. But at least the Ways and Means proposal would give policymakers a chance to make it permanent down the road.

Permanence and Stability (for Some Things)

The proposal makes several policies permanent, reducing uncertainty for taxpayers. Recent changes to the Earned Income Tax Credit (EITC) and the Child and Dependent Care Tax Credit (CDCTC) would become permanent, as would the New Markets Tax Credit (NMTC, which has needed to be renewed several times since its enactment in 2000).

The programs have mixed merits. Some, like the EITC, might be better-suited as spending programs rather than tax code provisions. Others, like the NMTC, ought to be eliminated entirely, or, like the CDCTC, would overlap with new spending proposals for childcare and be duplicative. Nonetheless, if the provisions go into effect, it makes sense to follow the core principle of stability.

Expense allocation rules require that certain domestic expenses of U.S. multinational enterprises (MNEs) be partly reclassified as foreign expenses, which results in some foreign taxable income getting reclassified as domestic taxable income. Then, if U.S. MNEs face a higher corporate tax rate abroad than at home, they end up having to pay domestic as well as foreign corporate tax on that income. The Global Intangible Low-Tax Income (GILTI) provision in the TCJA interacted poorly with this policy, expanding the frequency of this kind of double taxation. The Ways and Means plan would repeal expense allocation rules for GILTI.

Although an improvement over the Biden administration’s proposals to raise the rate to 28 percent, a 26.5 percent rate would still have significant costs. A higher corporate tax rate will reduce capital investment by reducing the potential returns to new projects. In the long term, that results in lower productivity growth and lower wages, and increased incentives to shift profits and move headquarters out of the United States.

The plan raises the top marginal tax rate on individual income from 37 percent to 39.6 percent and the top marginal tax rate on long-term capital gains and dividends from 20 percent to 25 percent. It then adds a 3 percent surcharge on income above $5 million for a married household (or $2.5 million for an individual filer) and expands the base of the 3.8 percent Net Investment Income Tax (NIIT) to include active pass-through business income. When including state and local taxes, the top marginal federal-state tax rate on capital gains would average nearly 37 percent, and on pass-through business income, would exceed 50 percent in most states. These tax increases reduce incentives to save, invest, and work, resulting in a smaller economy and fewer job opportunities.

The GILTI policy created a minimum 10.5 percent tax on foreign income deemed attributable to intangible assets (defined as income in excess of a 10 percent profit from tangible assets). While intended to impose a minimum tax in the range of 10.5 to 13.125 percent, the effective tax from GILTI can exceed this. GILTI provides a penalty for booking profits abroad, but the TCJA also created a positive incentive to book profits in the U.S. with the Foreign-Derived Intangible Income (FDII) deduction, providing a 13.125 percent tax rate on this income if booked in the U.S. Combined, the lower corporate tax rate, the incentive from GILTI, and the incentive from FDII substantially reduced profit-shifting incentives for U.S. multinationals.

There are many ways the U.S.’s international tax rules could be changed, good or bad. Increasing tax rates on U.S. MNEs does not necessarily accomplish the goal of reducing or eliminating profit shifting, and it would in fact worsen it, primarily due to the higher FDII rate. A well-designed international tax reform proposal should alleviate, not exacerbate, such problems.

The Ways and Means proposal is designed to be consistent with the Biden administration’s promise not to raise taxes on taxpayers earning below $400,000. The biggest problem with the approach is that it focuses solely on the legal incidence of taxes and not the economic. But by aiming to keep the pledge in terms of direct tax increases, the plan has some very strange design in several areas, while effectively ignoring it in others.

For example, the proposal to double excise taxes on tobacco would certainly run afoul of the promise not to raise taxes on people earning below $400,000. Indeed, tobacco taxes are among the most regressive. In addition, by attempting to establish neutrality across products, the policy would ultimately disincentivize much less harmful forms of nicotine consumption and thus worsen public health.

On the other hand, the approach to not directly raise taxes on people earning below $400,000 results in tortured design of certain tax changes like expanding the base of the NIIT. The 3.8 percent tax currently applies to some types of investment income when single taxpayers make more than $200,000 ($250,000 joint), but not all types. The proposal would apply the tax to currently-excluded types of income above $400,000 for single taxpayers ($500,000 for joint filers), leaving a gap between $200,000 and $400,000 where some types of income would still not face the 3.8 percent tax.

A New Tax Credit in Every Pot

For every temporary tax credit that the bill eliminates or makes permanent, it creates at least four new credits (22 in total), while expanding existing (often temporary) ones. For example, it would expand the existing Low-Income Housing Tax Credit and create a separate credit directed at housing construction, even though credits are not the most efficient tax change for creating new housing. Similarly, while some energy credits are simpler than existing policy, the inclusion of prevailing wage and apprenticeship requirements is especially bureaucratic, and unrelated to the goal of reducing carbon emissions.

The House Democrats’ bill includes a provision to allow the government to set prescription drug prices under Medicare Part D. To enforce the set prices, it would include a steep excise tax on sales from manufacturers who do not submit to the negotiated prices: up to 1,900 percent in some cases, making it prohibitive to not participate in the Medicare price control regime. While this program would reduce government spending on prescription drugs, it would also reduce the long-term incentives to invest in medical R&D by shrinking potential future returns. According to the Congressional Budget Office (CBO), a drop in pharmaceutical company revenue from such a provision would lead to eight to 15 fewer new drugs entering the market over the next decade. Meanwhile, former CBO director Douglas Holtz-Eakin argues that the CBO’s current estimates are closer to the best-case scenario for this proposal’s impact on pharmaceutical innovation.

Lower drug prices would be nice, but not at the expense of fewer drugs and less innovation.

Mortgage rates drop after CPI report, but the housing market is far from out of the woods
Making these 5 money moves now can set you up for financial success in the new year
This Stock Is Approved By The Oracle
Heat pumps are an energy upgrade for homeowners that’s becoming a climate and financial winner
Billionaire Ken Griffin sues the IRS after his tax records were disclosed