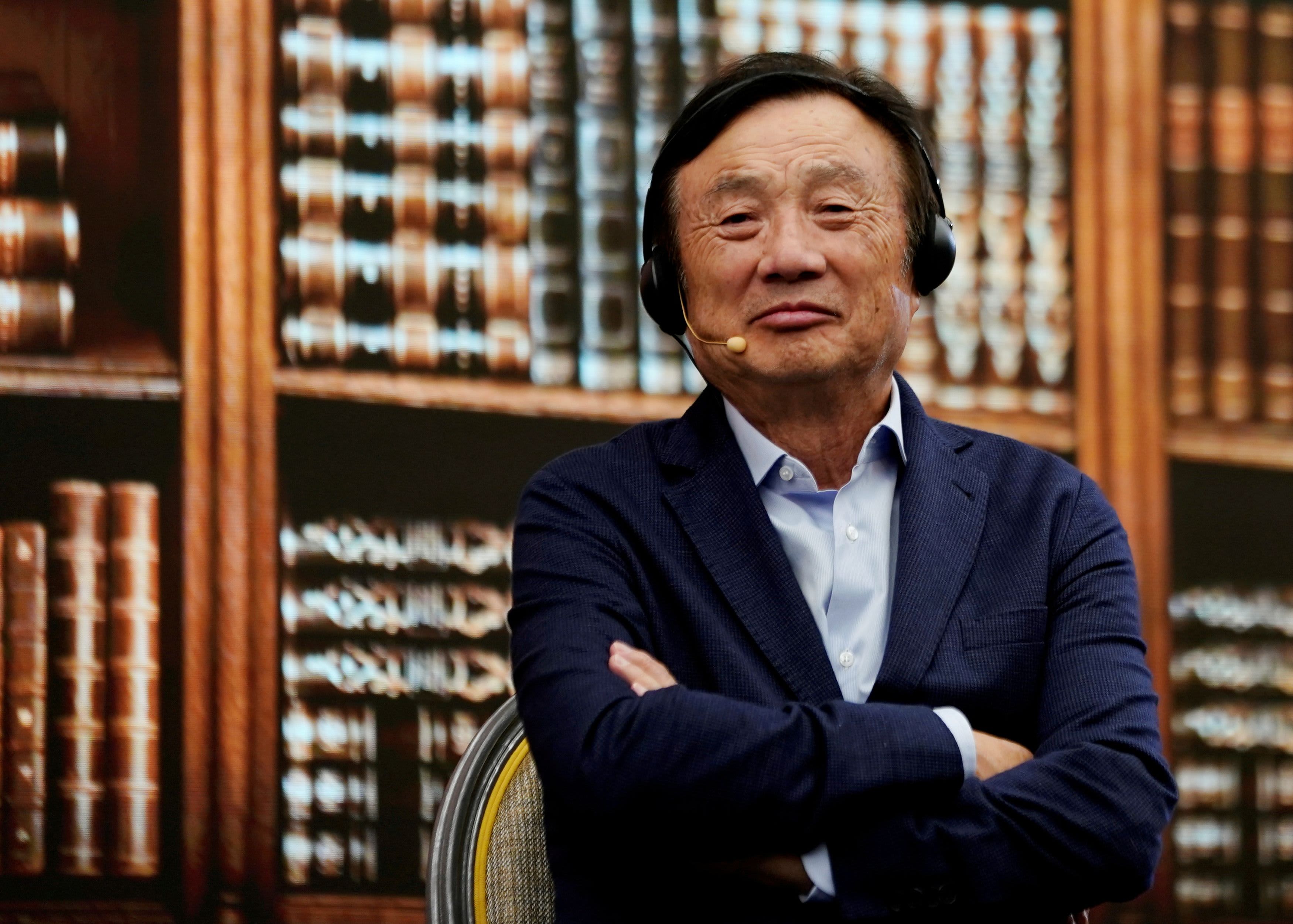 BEIJING – Chinese telecommunications giant Huawei said it is expanding its team of scientists even as the company has lost revenue in the wake of U.S. sanctions.

It’s a bet that doubling down on research can help China build up its own technologies, now that the U.S. under President Joe Biden’s administration is bent on competing with Beijing and kept restrictions on the Chinese company’s access to semiconductor technology from the U.S.

Huawei CEO Ren Zhengfei claimed at an internal meeting in early August that the company has paid its expanding workforce on time, despite pressure from the U.S., according to materials released Wednesday. Many Chinese companies often defer pay for employees, or force resignations without compensation packages.

“Despite US restrictions over the past two years, we have not changed our human resource policies, and everything is business as usual, like salary and bonus distribution, job grade raises, and company share distribution,” Ren said, according to an English-language transcript seen by CNBC. “There has been no chaos within the company. Instead, the company is now more united than ever, and has even attracted more talent.”

The telecommunications company claims it increased headcount by 3,000 people between the end of 2019 and 2020, amid the onset of the coronavirus pandemic. Just over half, or 53.4%, of employees are in research and development, according to Huawei.

In 2019, former President Donald Trump’s administration put Huawei on a blacklist that restricted American companies from selling technology to the Chinese company, citing national security concerns. Huawei has denied it poses such a threat.

“Due to US restrictions over the past two years, we no longer seek to use the best components to make the best products,” Ren said. “Instead, we are using scientific and reasonable methods to ensure balanced traffic across the system and are using appropriate components to make high-quality products, which has significantly improved our profitability.”

The company reported 320.4 billion yuan ($49.67 billion) in revenue during the first six months of 2021, a drop from 454 billion yuan in the same period a year ago. This year’s first half revenue was even lower than that for the first half of 2019 and 2018, prior to the pandemic and U.S. sanctions.

The two largest business segments, consumer and carrier, saw sharp year-on-year declines in the first half of 2021. The far smaller enterprise business, which Huawei has centered its growth strategy on, grew by 6.6 billion yuan.

Ren remained intent on paying up for scientists — and talked of compensation on par with an undisclosed amount for professors at China’s prestigious Tsinghua University.

“If the company hadn’t paid attention to basic science and research, engaged in deep cooperation with the world’s leading scientists, or valued those engaged in basic research over the past decade, we wouldn’t have accumulated the huge amount of theoretical, technological, and engineering knowledge necessary to overcome the difficulties created by US restrictions and blocks,” he said.

Ren’s comments come as the central Chinese government has been trying to resolve a shortage of workers in high-tech industries such as manufacturing. Beijing has laid out ambitious plans to build up its own technology — in semiconductors and quantum computing — over the next decade.

“China has experienced economic bubbles, with young elites all rushing to do things that yield quick returns with a relatively low investment,” Ren said.

“China still lags far behind in products like machine tools, equipment and process techniques, instruments and meters, and research into materials and catalysts. What methods can we use to conduct production experiments under such circumstances? This is a difficulty we now face.”