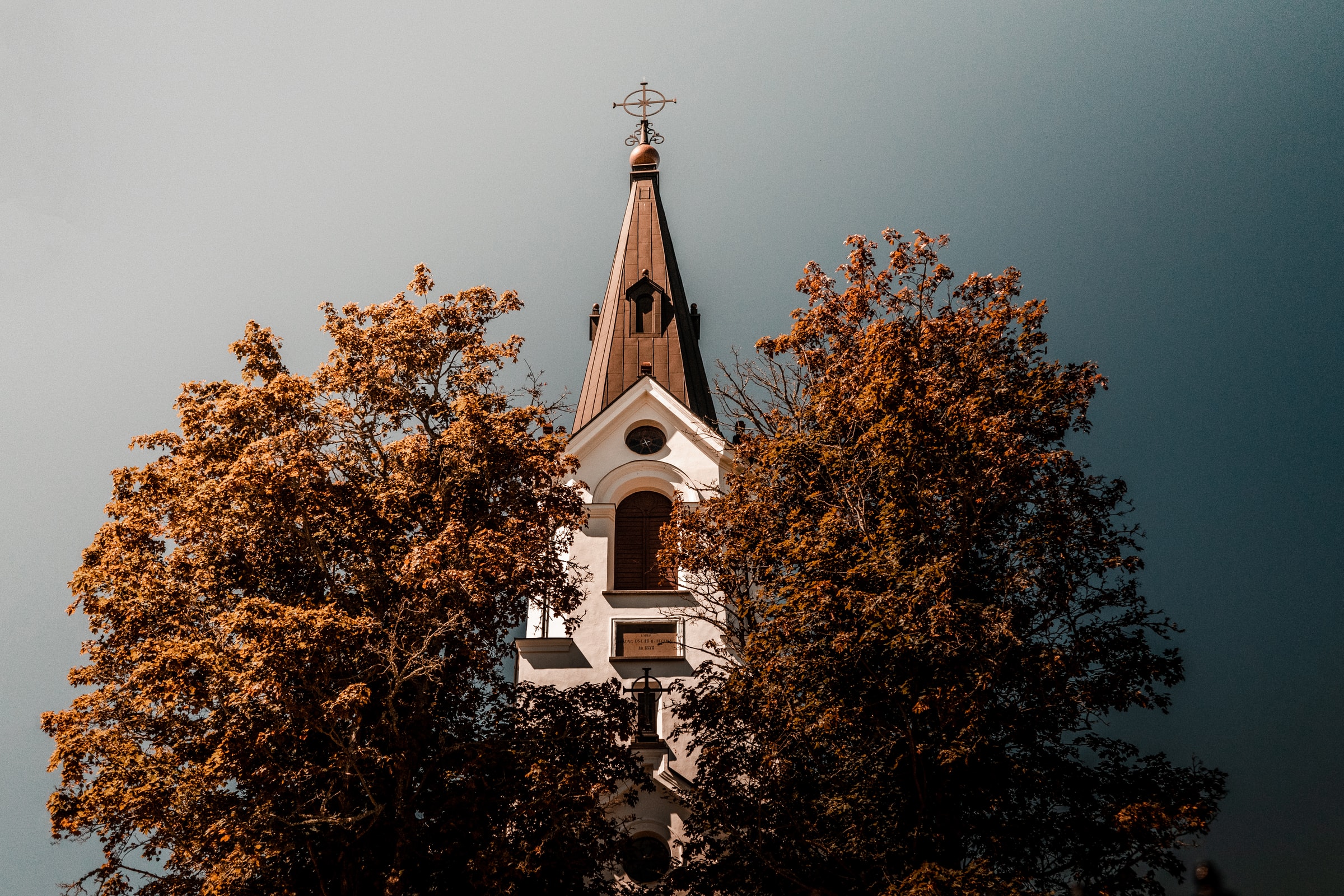 “If churches paid taxes,” runs a popular claim on social media (hashtag #taxthechurches), “everyone would only have to pay 3 percent taxes.” Other claims put the forgone tax revenue haul at $76 billion or $85 billion, oddly specific figures conspicuously lacking a meaningful citation. Whether spurred by a belief that government is improperly favoring religious institutions, an antipathy to wealthy celebrity pastors, or a hope that taxing houses of worship could bring down personal tax bills, the taxation of religious bodies is hotly debated online, but barely on the radar of actual elected officials.

But is that true? How much, if any, tax revenue is forgone, and what do the policies look like? Excitable Twitter users may walk by faith and not by sight in this debate, but let’s take a step back from the rhetoric and see what’s true, what’s exaggerated, and what’s outright false about the tax treatment of churches and other houses of worship.

Churches, synagogues, and mosques are, by definition, nonprofit entities, and nonprofits are not taxed on their net income (as for-profit entities are) for a rather simple reason: they don’t have net income. While a church may have income in excess of expenditures in any given year, it has no owners or shareholders to benefit from increases in the value of the entity, to receive dividends, or otherwise to profit from the church’s income stream.

For imagine that we characterized any residual income of churches as profit and taxed it under the corporate income tax. We’ll generously allow that churches, in this somewhat absurd hypothetical, have “profits” in line with corporations (a 7.7 percent average). According to Giving USA, religious organizations received $128.2 billion in contributions in 2019. For the vast majority of churches, tithes and offerings constitute the bulk of revenue, though churches may also have investment income, and a small number—particularly megachurches—may also generate revenue from the sale of books, videos, and other materials.

The Giving USA figure is too broad inasmuch as it covers organizations that aren’t houses of worship, but too narrow for our purposes inasmuch as it does not include other income streams. Let’s choose an aggressive figure of $150 billion, just to be on the safe side. If we assume a 7.7 percent rate of “profit,” that yields just under $11.6 billion in taxable income (neglecting deductions or exemptions), which would generate $2.4 billion in federal tax liability.

To put that in context, in FY 2021, federal outlays ran $6.8 trillion, with the government bringing in $3.8 trillion in revenue. That’s less than 0.04 percent of federal outlays, and 0.06 percent of federal revenue. It’s a rounding error. Besides, churches are undeniably nonprofit organizations, and it would be difficult—and likely unconstitutional—to treat them less favorably than secular nonprofits.

Meanwhile, it is important to note that church employees—including clergy—pay individual income taxes. Pastors, priests, rabbis, and imams have the same federal and state income tax liability as any other employee. This is true both of small church pastors and wealthy televangelists, and it’s true of their church income as well as any other income, like book royalties.

Ministers are permitted to exclude housing costs from their gross income for individual income tax purposes, though not for purposes of Social Security taxes. Some churches provide a housing allowance as part of the pastor’s income, while others may provide lodging as a direct part of the minister’s compensation.

If the minister resides in a parsonage, his or her money income is taxed, but the value of living in the parsonage is not subject to individual income tax. If instead they receive a housing allowance, then an exclusion from gross income is permitted, at the lesser of (1) the actual cost of providing housing, (2) the amount designated as housing allowance, or (3) the fair rental value of the home.

Unlike routine recognition of the not-for-profit nature of churches, the parsonage allowance is a direct way in which the tax code benefits houses of worship and religious ministers, and some prominent legal scholars have attacked its constitutionality. It is important to note, however, that the parsonage allowance does not come into play with the lavish homes of prominent megachurch pastors and televangelists. Joel Osteen does indeed live opulently, for instance, financed by a lucrative ministry with programs, books, DVDs, and other materials, but he doesn’t take a salary, so he has no housing allowance. The exclusion must be from income actually paid by the church; it’s not just a deduction someone can claim because they’re a minister.

It is popularly believed that clergy are exempt from Social Security taxes, but this is largely incorrect. Ministers have an unusual dual tax status, where they are statutory employees for purposes of the individual income tax, but self-employed contractors for purposes of Social Security taxes. Accordingly, instead of paying FICA payroll taxes, they pay SECA taxes—basically, they personally remit both the employer and employee side of the payroll tax, for a total of 15.3 percent in Social Security and Medicare taxes. If they have a parsonage or housing allowance, their SECA taxes are paid on a base that includes the value of that housing.

There is a religious exemption from the entire Social Security and Medicare system that is available to ministers if they can demonstrate a profound conscientious objection to the system itself, but this is narrowly applicable. There must be a devoutly held religious principle behind it. The decision is also irrevocable: once you’re out, you’re out, and you can never receive any Social Security or Medicare benefit. Functionally, this is an extension of a benefit available to the Amish, some Old Order Mennonites, and other religious sects that wholly oppose all benefit systems (including private insurance!) because they seek to be a fully self-sufficient religious community. It’s not at all relevant to the local priest or rabbi.

Churches, like all charities and virtually all nonprofits, are not subject to local property taxes. Unlike with business income taxes, this is not an inevitability. Nothing theoretically prevents states from authorizing local taxation of nonprofits’ land and buildings, and the nature of property taxes may even argue in favor. Property taxes hew closely to the benefit principle, where tax liability is roughly in proportion to the value of government services received by the property owner.

The benefit principle is perhaps more tenuous with certain nonprofits—churches do not benefit from public education as much as households and employers do, for instance—but still there. And in the case of some nonprofits, like hospitals and universities, the governmental cost of providing services to them may be substantial.

Good estimates of the cost of the exemption for nonprofits are hard to come by, but one 2006 study found that exempt property typically represented between 3 and 4 percent of total property value in most cities, but much more in select cities like Philadelphia, Boston, Baltimore, and New York City. This makes sense: St. Patrick’s Cathedral occupies prime real estate in Midtown Manhattan, so the land on which it sits is extremely valuable something that probably isn’t true of an evangelical church located in a suburban shopping plaza.

But even then, most of the exemption is for hospitals and universities, which have much larger footprints. If governments ever decided to tax nonprofits’ lands, houses of worship would contribute billions to local governments across the country, but given that local governments currently raise about $560 billion through property taxes, this would likely represent an increase in collections of less than 2 percent.

The notion that taxing churches would raise substantial federal revenue is wildly inaccurate, even neglecting the incoherence of imposing income taxes on a nonprofit organization. Clergy pay income and payroll taxes just like everyone else, and the local property tax exemption, while meaningful, is available to all nonprofits. The housing allowance, however, is somewhat meaningful and is controversial in legal circles. But on the whole, the notion that houses of worship are somehow depleting the treasury is what the Ten Commandments would call “false witness.”

Used vehicle demand and prices continue to decline from record highs
Brad Pitt sells 60% of his Plan B production company to French media conglomerate Mediawan, sources say
‘Early filers’ should wait to submit their tax return in 2023, the IRS warns. Here’s why
I’m Young. Should I Care About Social Security?
Americans are flocking to wildfire country